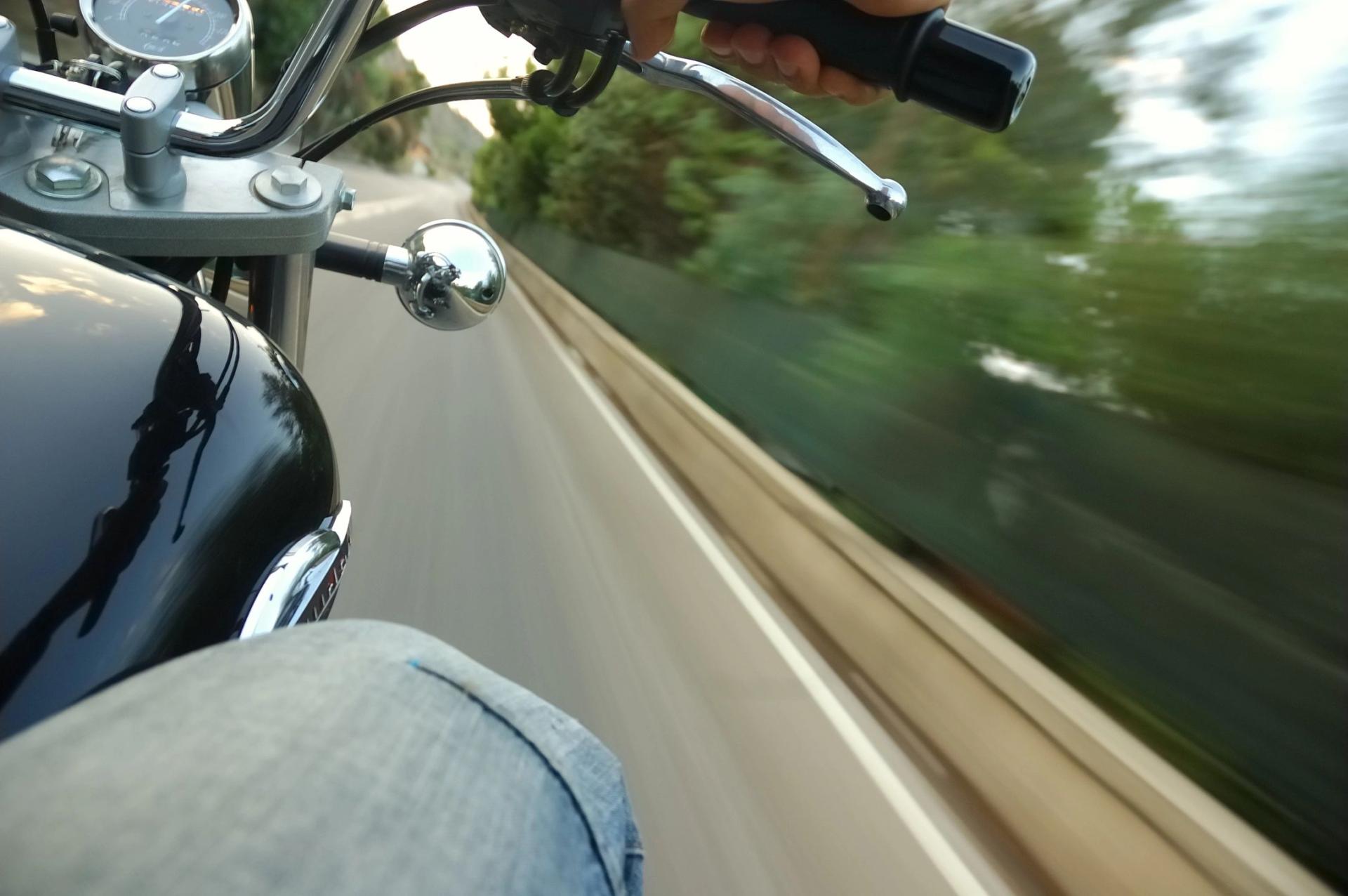 Any motorcycle enthusiast knows the challenges and the dangers that every motorcyclist faces when on the road. We at The Shirvanian Law Firm know just how serious motorcycle accidents can be.

This is largely due to the lack of protection that means, unlike car drivers which are surrounded by a protective metal shell, motorcyclists are at a higher risk to suffer severe or fatal injuries when they are involved in a collision. Motorcyclists are, on average, twenty-seven times more likely than car occupants to die in a crash per vehicle miles traveled and are over five times as likely to be injured.

This is perhaps the most common cause of motorcycle accidents. Motorcyclists are at a greater risk to be hit when performing a lane change due to the fact that their profile is much smaller than a car.

When a driver makes a lane change without first checking their mirrors and checking their blind-spots, it puts both the motorist and the motorcyclist at risk for a collision. It is important to maintain situational awareness at all times while on the road. Do so for your own safety!

When a motorist parks and opens their car door it presents a sudden obstacle in the path of the oncoming motorcycle. Often there is not enough time to get out of the way before colliding with the car door. Always maintain proper speed and situational awareness while driving near parked cars.

Speeding is the leading cause in any kind of accident whether it be motorcycle accidents or auto accidents. Speeding produces the amount of time that a driver or motorcyclist has to react before colliding with an obstacle. The higher the speed the greater the impact and the more severe the injury and the more likely the possibility of a fatality from the collision.

It is especially important as a motorcyclist to maintain a speed that is within the speed limit and not to exceed that especially when the road is crowded with other vehicles. To do so only puts yourself at greater risk for injury or even death.

4. Driving Under the Influence

Driving under the influence is directly responsible for hundreds of deaths each year across the United States. Impaired driving not only puts you at risk but puts other drivers at risk for death or injury due to your choices. Not only do you risk bodily injury by driving under the influence of drugs or alcohol but you also face civil and criminal liability should anything happen. What’s worse is that you can have your license revoked if you are pulled over and found to be driving under the influence. This kind of crime can follow you into your professional life and have serious ramifications for you. Don’t let one bad decision to ruin your life.

When a motorcyclist drives between two lanes of traffic this is referred to as “lane splitting”.  This is an incredibly risky behavior to engage in while driving because of the increased risk of being hit when a car changes Lanes. While it may seem like a convenient shortcut As you move between the lanes of traffic. It only puts you at greater risk for bodily injury. You could also damage another vehicle by sideswiping it. this practice is not legal in many states and is especially dangerous for inexperienced riders.

Rear-end accidents are often the result of following too closely to another vehicle causing the following vehicle to try to make an abrupt stop. This can lead to serious injury or death to a motorcyclist that’s why it is very important to maintain proper driving distance when following another vehicle always be aware of what’s going on down the road more than just what car is in front of you. You don’t want to be caught unaware of a danger on the road.

Drivers who are not as experienced pose a risk as they are more likely to make unsafe or possibly illegal moves on the road they can seriously compromise the safety of other motorists. It is best to assume that at other drivers are risks and to drive defensively keeping a good distance between yourself and other vehicles, maintaining good situational awareness,  and keeping within the speed limit.

Oftentimes the biggest error that drivers make is who has the right of way. This can be especially confusing when all lanes have drivers waiting to go or when multiple drivers show up at a stop at the same time. These errors in judgment and misjudgments of distance made while making a left turn are a common cause of injury and death to motorcycle riders. Don’t risk it by trying to sneak through a small gap in traffic.

Bad road conditions such as crumbling pavement, potholes,  debris, glass, garbage, or even natural hazards like ice or snow can lead to motorcycle accidents. Always be aware of what local weather is doing, and any posted road signs indicating hazards ahead. These hazards posed to the risk of losing control of your vehicle this combined with unsafe speeds is a recipe for disaster.

It is important to maintain your vehicle. This means regularly checking on its vital systems and on any connections for loose screws oil that needs changing and other similar issues. Portland maintaining your motorcycle can lead to driving an unsafe vehicle. You should also check that your bike was manufactured by a reputable company. the manufacturer for the designed parts can be held liable for injuries or deaths resulting from the defective part.

Motorcycle accidents are among the most serious of all road accidents as it is not uncommon for cyclists to receive injuries such as brain injuries or spinal cord injuries, broken bones, and more. These injuries are often life-changing and may require a lifetime of medical treatment that can cost tens or even hundreds of thousands of dollars. If you or someone you know has been involved in a motorcycle accident in Glendale, CA please call Shirvanian Law Firm at (818) 835-539 to arrange a consultation today.

The Impact of Ridesharing Services Uber & Lyft on LA Traffic